'‘Reynolds is the perfect man for the route’'
- Observer

Travel with David Reynolds as he sets off to explore US Route 50, one of the few remaining two-lane highways running right across the United States from the Atlantic to the Pacific.

Driving as slowly as safety permits, stopping frequently and often going backwards to have a second look at something glimpsed in passing, Reynolds talks to people on the streets, in bars and cafes, motels and gas stations. They talk about everything from slavery and Indian reservations to fracking and cannabis; from Aaron Burr to Marilyn Monroe via Truman Capote, and everyone has something to say about Donald Trump – love him or hate him.

Beautifully observed, with candour, insight and humour, this is a vivid and timely portrait of small-town USA as the country heads towards the election in November 2020. 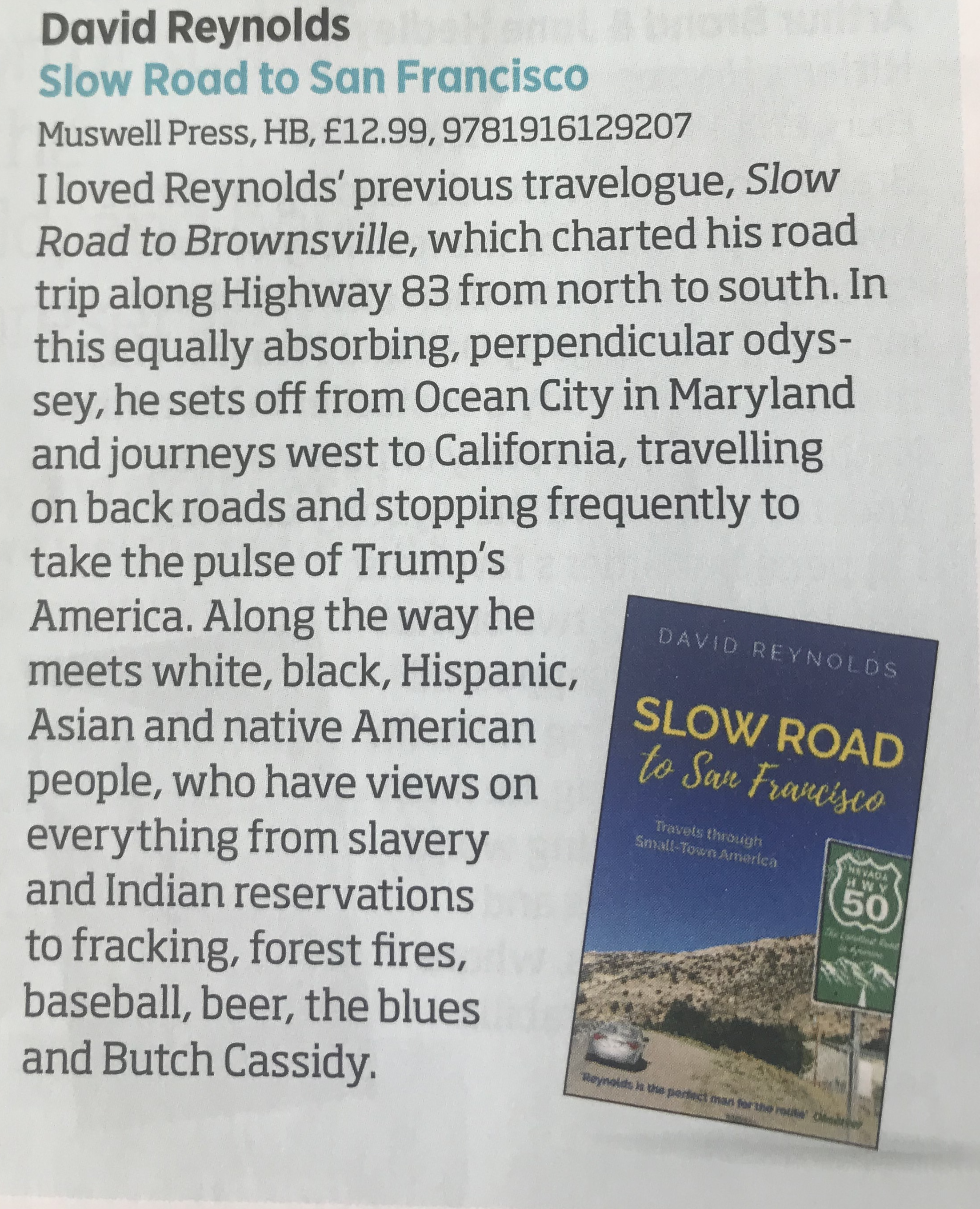 The Slow Road to San Francisco is The Bookseller's Editor's Choice

‘David Reynolds is a writer of calm quiet brilliance’