'Her memoir, starting from the sadness of exile and war in childhood, reveals her on every page as enterprising, courageous and warm-hearted – and is a delight to read.''
- Claire Tomalin

Meet Me in Buenos Aires - A Memoir

At the time of his death Eric Hobsbawm was the most famous historian in the world. He not only wrote history was also witness to it, from the Communist uprising in Europe to revolution in Cuba where he was Che Guevara's interpreter. He was instrumental in the birth of New Labour and was also a jazz journalist for The New Statesman. This is the story of his family life. Marlene Hobsbawm grew up in a comfortable middle class Jewish home in Vienna but that life was shattered by the rise of Nazism. Her family left Austria for the UK in 1937 to escape the rise of Nazism. A talented linguist, Marlene worked post-war for the UN in Italy helping to rebuild the country and then onto war torn Congo. Returning to the UK she met Eric Hobsbawm. This is the story of their roller coaster life together, much of it spent under the scrutiny of M15. 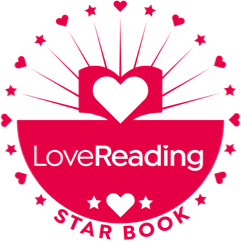 'Moving, intimate and utterly engrossing, I adored every second spent in Marlene’s company through this charming memoir.'